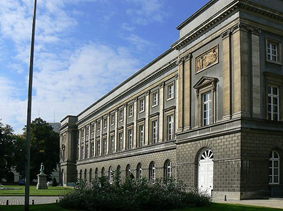 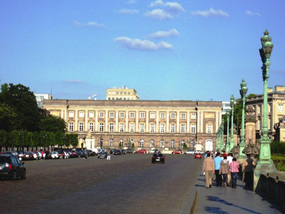 These days, the Academy is serving as the seat of science and the arts, with a societal benefit. The Academy is situated in the Palace of the Academies, at the park of Brussels, in the middle of the governmental heart of Belgium. 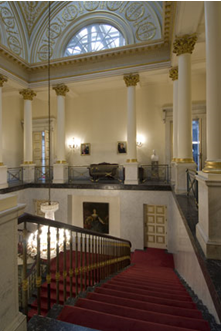 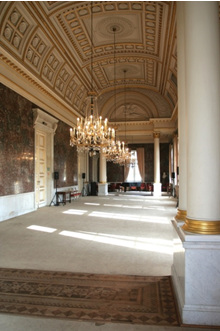 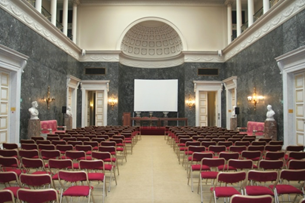 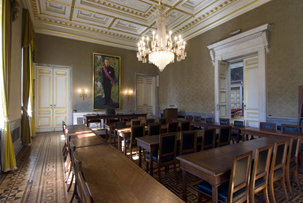 The first academy in Belgium was founded in 1772 by Empress Maria Theresa of Austria. The Imperial and Royal Academy of Sciences and Letters of Brussels was the imperial power's instrument for organising and controlling intellectual life in the Austrian Low Countries. 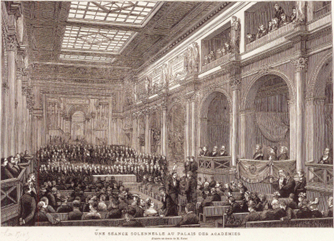 In 1938 the Royal Academies for Science and the Arts of Belgium” association (RASAB) was founded by the “Académie Royale des Sciences, des Lettres et des Beaux-Arts de Belgique”, the French speaking academy of Belgium, and the “Koninklijke Vlaamse Academie van België voor Wetenschappen en Kunsten”, the Dutch speaking academy of Belgium. From then on the Royal Academies’ mission is to encourage and promote sciences and arts in Belgium. To realise this demand, the Academies organise scientific and cultural activities, they attempt to create cooperation between universities of Belgium, they ensure the Belgian representation in international organisations, they are pushing scientists to make recommendations to government, industry, research and education institutions and offer prizes to artists and researchers. For all these initiatives, the academies can rely on their members, representatives of the scientific, industrial and cultural community. RASAB is also responsible for coordinating the national and international activities of the Academies, such as the National Scientific Committees and the representation of Belgium in international scientific organisations.

HOW TO REACH THE ACADEMY PALACE?

By car
Drive to the city centre. Follow the inner ring road clockwise towards Wetstraat, then take the side-road of the Régent boulevard.

Official Brussels taxis are all black with a black and mango-yellow chequered band along the side.